Our office is now closed for the holidays. We will re-open January 3, 2023. 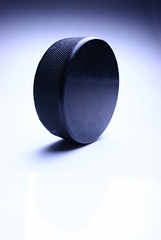 According to the release, the five-year deal includes Fasken signage on arena boards and LED ring screens at General Motors Place, as well as designation as the Official Legal Counsel to the Vancouver Canucks and General Motors Place. Financial terms of the transaction were not disclosed and there is no word on whether FMD had to give up any conditional draft picks or articling students in the deal.

I like this initiative for a lot of reasons. On the objective side, there is a great business case for it – corporate Vancouver can be found in droves at any given Canucks game and at the risk of saying “I told you so”, I’ve been privately braying to my wife for several years now that Canadian law firms were missing a golden opportunity by not being more involved with sponsorships and advertising in the NHL context. (The banks have been there for years already after all). I’m also a big believer in marketing where your clients are and your competitors aren’t, which sums up this opportunity nicely. Subjectively – full bias disclosure here – I am also a hardcore Canucks fan as well as an alumnus of Fasken’s predecessor firm in Vancouver, Russell & DuMoulin, so on a purely personal level this story involves a nice confluence of interests for me.

In the interests of fairness I should note, however, that Fasken Martineau is not the first Canadian firm to get into the hockey marketing game. Ogilvy Renault gets credit there for announcing a deal last fall to naming rights for the Air Canada Centre‘s 200 level executive suites in Toronto. [Read news release here].

By my reckoning that leaves the Canadiens, Oilers, Senators and Flames still up for grabs for enterprising firms in those cities looking for a unique way to position themselves in their local markets. If you are a law firm executive or legal marketer in one of those cities (or counsel to one of those teams), you now have two precedents to point to in making the case for an NHL sponsorship at your firm. If your firm doesn’t grab it, a firm down the street is going to soon. What are you waiting for?