Our office is now closed for the holidays. We will re-open January 3, 2023.

While Google updates its organic search algorithm on a regular basis, the recent release of Hummingbird is being described as the biggest overhaul of Google Search since 2001. The changes have already been in effect for over a month, even though they were only formally announced this last week. Unlike regular updates to Google Search, which we’ve covered in this space, Hummingbird represents Google’s effort to go right  back to the foundation and re-build a system for delivering relevant search results based on how people are currently using search.

As part of Google Search turning 15, they’ve produced a timeline of some of the major feature additions over the years so that we can keep Hummingbird in context. 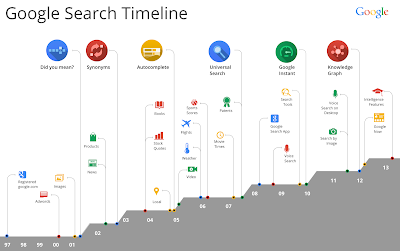 The incorporation of conversational search analysis addresses the myriad of devices on which users are running these searches. While the traditional PC remains firmly rooted at our desks, we’re just as likely to be searching on our laptops, iPads, or smart phones. With many of these smaller devices (with smaller keyboards), voice dictation is becoming one of the primary means of performing a search. Voice search is even baked into almost all Google products, including their web browser, Google Chrome.

As it turns out, people write searches differently than they say searches. You might search for “Vancouver Law Firm Personal Injury,” whereas you might say “How can I get help after a car accident on Broadway?” Hummingbird can parse this longer search string and extract meaning similar to the first search.

What does this mean for your firm’s SEO strategy? Not much. If you haven’t noticed any recent drops in your organic rankings, your site should be fine. The same SEO principles will apply: provide a depth of relevant content, use a platform and formatting that supports regular indexing by Google, and attract quality inbound links from other websites. In other words, welcome to Hummingbird… same, same, but different.